Golfers tee up for Hospital Foundation 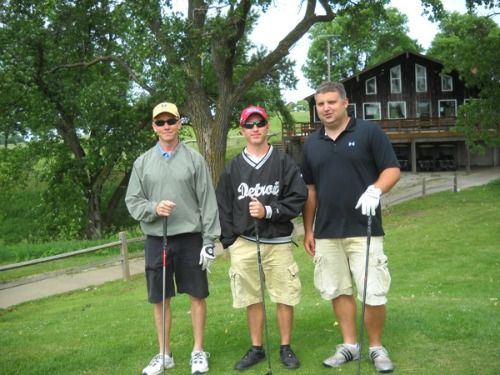 The Johnson County Hospital Foundation hosted its annual golf tournament on June 12, at the Tecumseh Country Club. The three-person scramble consisted of 10 teams from the community and surrounding areas. The participants enjoyed 18 holes of golf, flag and raffle prizes, lunch and a barbeque dinner.

"We cannot thank everyone enough for their generous support," said Mary Bossung, Johnson County Hospital Foundation Director. "We had a great turn out and hope to have more teams next year. At the end of the day, more than $3,500 was raised, which will go toward funding a GlideScope for Johnson County Hospital."

A GlideScope is used to perform laryngoscopes. A laryngoscopy is a medical procedure that is used to obtain a view of the vocal cords and the glottis. Laryngoscopes are performed to facilitate tracheal intubation during general anesthesia or cardiopulmonary resuscitation (CPR) or for procedures on the larynx.

For more information on how you can contribute toward the Johnson County Hospital Foundation, please contact Mary Bossung at 402-335-6366.